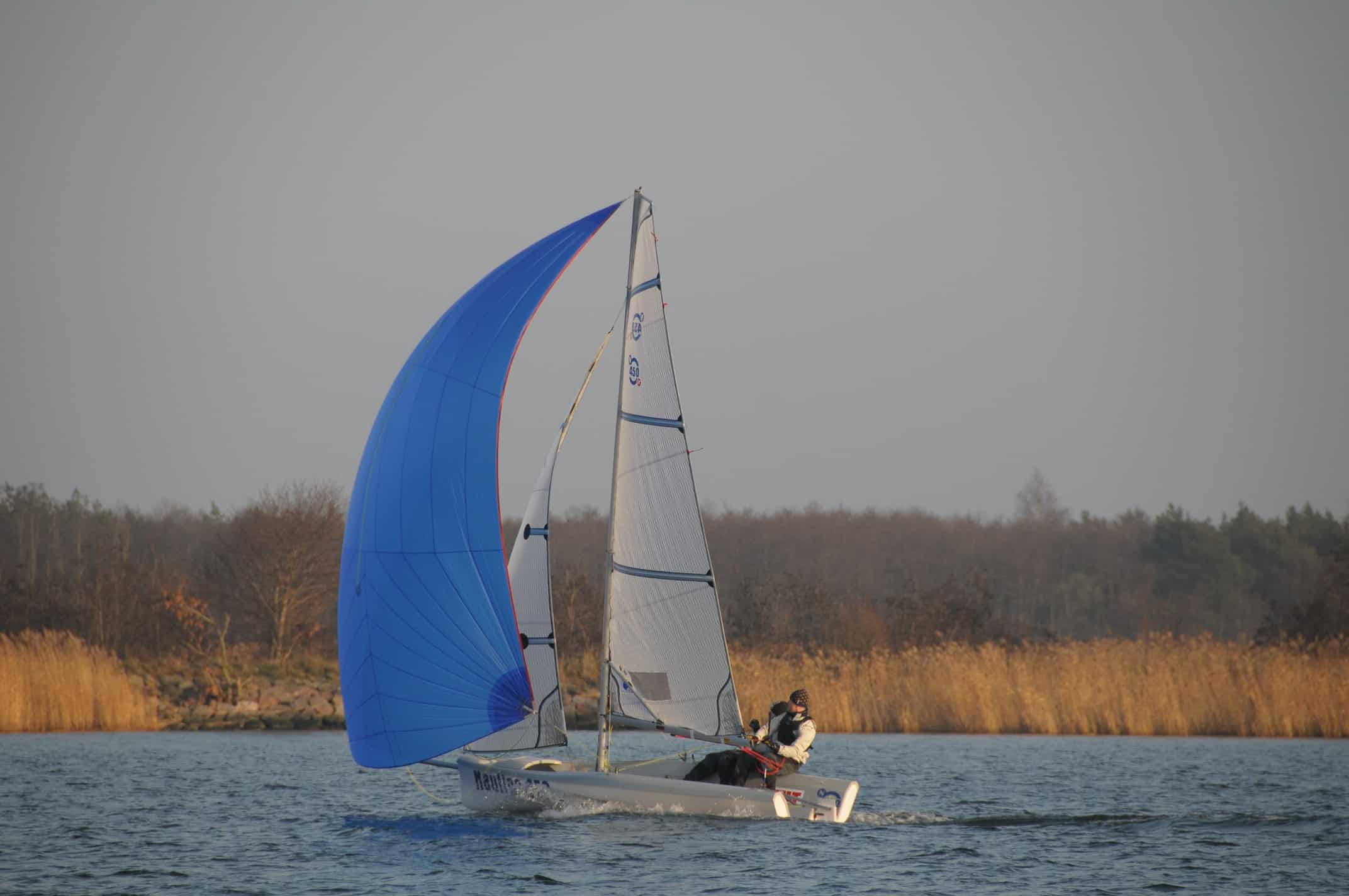 It was November 2008. A small, double handed racing dinghy, never-before-seen, appeared on Kamienickie Lake. Four and a half meters long, open transom, with a flat and wide bottom, laminate mainsail and a powerful 22m2 gennaker. The official launch took place on November 13, 2008 at the Poznan Boatshow. This new and innovative boat was designed by Eugeniusz and Robert Ginter. The brand new Nautica 450 garnered attention very quickly!

Two versions of the boat were proposed: Fun and Race. The Fun version has a fractional gennaker with simple rigging. It is easy to sail in a wide range of wind conditions and starts planning at low wind speeds. That’s why it became the first choice for early buyers. Over time, the Race version gained popularity with keen racers due to its even larger gennaker and trapeze for more efficient hiking. Today, the Race version has become a popular class, with many regattas in Europe. In the Polish Cup 2018, there were 18 boats, with more teams joining year on year! Racing is extremely competitive, with most teams exchanging race wins throughout a regatta. Often the last race in regatta decides who makes it onto the podium. This is why racing the Nautica 450 gives you such a rush!80 boats have been built in the last 10 years. In the early days most dinghies found their homes abroad – mainly in Germany and Austria. Recently they have also appeared in Italy, Switzerland and even Australia. However the majority of Nautica 450s sail in Poland.

During this time hundreds of sailors sailed the Nautica 450 on the class open days, at sailing schools or in regattas. Forty sailors have won at least one medal in the Nautica 450 at the Polish Championships. The most successful racer is Paweł Nawrocki, who has won 5 medals. A full list of medalists can be found on the Polish Wikipedia https://pl.wikipedia.org/wiki/Nautica_450.

A 10th anniversary is always a great reason to celebrate! That’s why the Nautica 450 Class Association invites everyone who used to sail, sails or would like to sail the Nautica 450 to the birthday party! Everyone is welcome to join in the celebrations on this special day! We invite everybody who has been with us for the past 10 years and all those who want to be here for the next 10! We will meet in Gdańsk at the Wozownia Gdańska restaurant on Gradowa Mountain (8 Gradowa St.) and celebrate the 10th anniversary of the first launch of Nautica 450.