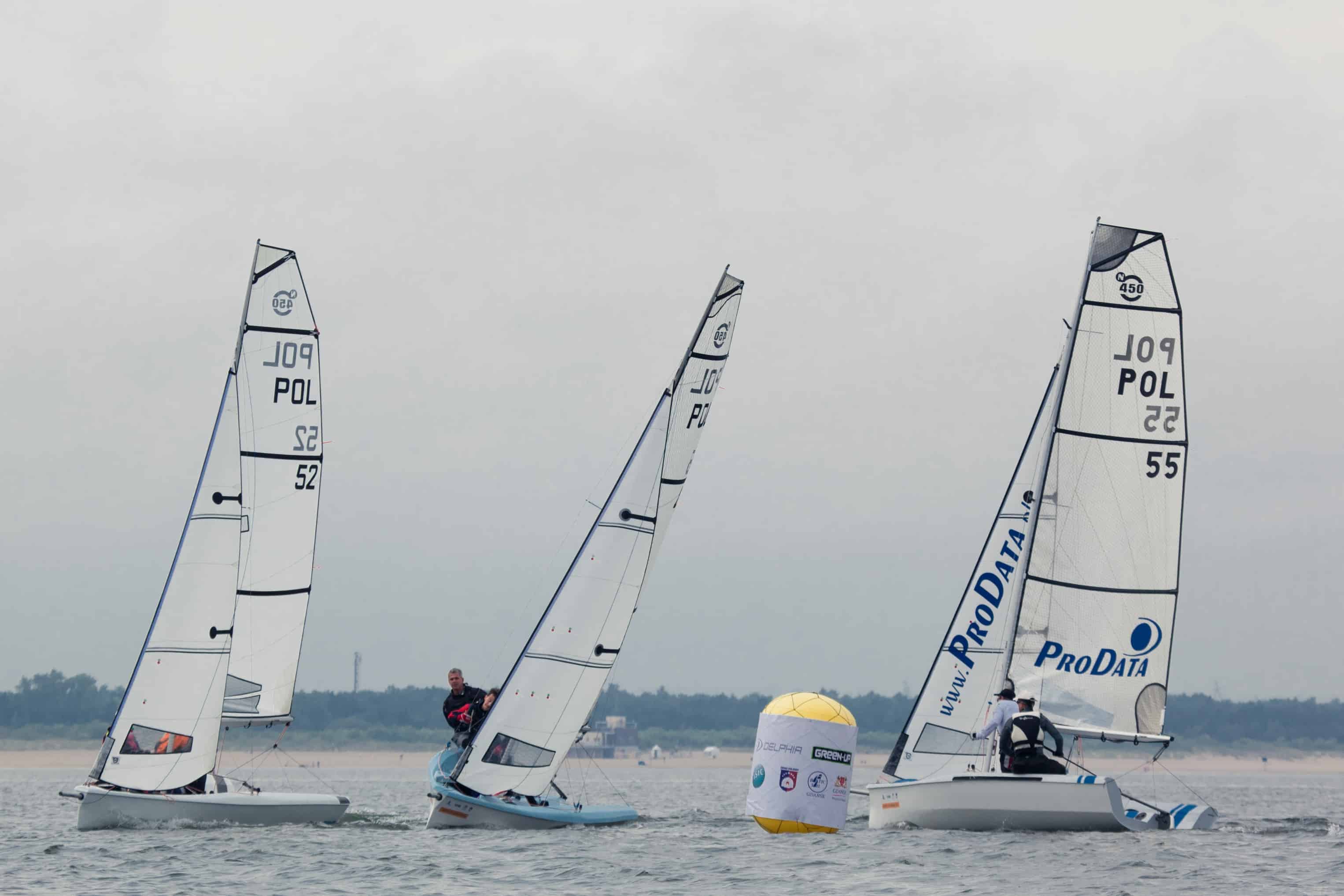 The Nord CUP regatta are still in progress, but 6th Polish Nationals are over. The weather was unstable, but all 9 planned races was completed and the best team, Paweł Nawrocki and Michał Leszko on Nautica Race, won almost all of them! The winners in Nautica FUN are Anna Szmul and Gabriela Murach.

Polish Champions in 2014, crew of POL 50, it wasn’t first start. Last year Paweł Nawrocki was at the 3th place in Nautica Race and 4th in general. Michał Leszko doesnt sail with him usually and it was their first start on Nautica 450 together, but as we could see, they did it well. 7 from 9 races were won by them.

Best team in Nautica FUN, Anna Szmul and Gabriela Murach was the only woman’s team and also debutant in Nautica 450 sailing class. It was also their first start together.